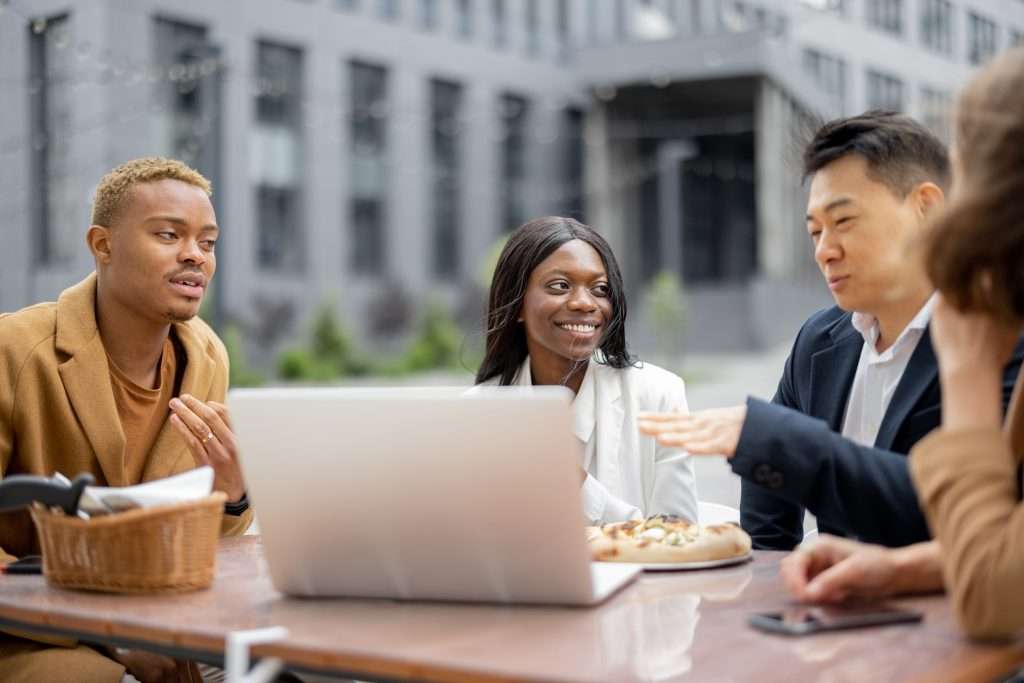 Developing A Positive Corporate Culture to Motivate Your Staff

When it comes to “corporate culture” – the definition in itself can be a bit difficult to pin down. It tends to be a bit vague, and while there is no agreed upon definition, it can be generally described as the set of values, beliefs, and norms that guide an organization. It’s the feel of the office, how employees interact and treat customers, and the values that guide day-to-day decision making. Developing a positive corporate culture not only attracts and retains the best talent, but fosters creativity and productivity, and sets the tone for how customers perceive the business.

Steps in Creating a Positive Culture

While the implementation process can, at times, feel as intimidating as defining one’s culture, there are a few main guidelines that, if followed, will guide one in the right direction. The four we’ve seen most consistently contribute to developing a positive corporate culture are listed below:

Hiring the right people sounds obvious, but the true issue tends to lie in communicating what you’re looking for. Be sure to clearly convey your company’s values and expectations during the interview process, this way both you and the candidate have the opportunity to ensure the role is a good fit for their natural dispositions. The last thing you would want is to find this out down the line, once the hiring process has been finalized, and onboarding time and money has already been spent.

As a leader of any sort, whether you’re a floor manager or the product manager, consistently promoting a company’s values is essential. It not only portrays a “lead by example” style of guidance, but shows a company’s team first hand that these values are not simply aspirations. Rather, they’re moral codes that each team member, at every level, is expected to uphold each and every day. If company values get swept under the rug as the ranks increase, it sends a signal back down the chain that they’re loosely held – thus, promoting a loose sense of compliance.

Encouraging a positive work environment is a critical ingredient in keeping your employees happy, productive and efficient. However, instilling it isn’t as simple as throwing a few motivational quotes out in the morning and dishing out hollow comments. Cultivating a positive work environment needs to come from a deeper level – dependent on not only celebrating the good, but seeking out and remedying the bad. The old saying “it takes one bad apple to spoil the bunch” is exceedingly true, especially when it comes to a company’s team. This being said, it’s the leader’s role to seek out any “bad apples” and sort out any dilemmas before they catch traction.

All of this being said, it’s impossible to get every bit of the culture perfect. Your team is full of diverse members, each with their own wants, need and expectations. For this reason, it’s crucial to encourage an open line of communication. An unhappy employee is a natural part of the work environment, and happens time to time in even the most well-run companies. What can truly rot a company from the inside out, though, is an unhappy employee that doesn’t feel as though he or she can voice their opinion or influence change in any way. Managers should not only encourage, but actively seek feedback and suggestions from their team, communicating that their feedback is valued.

While all the above bullets may make sense, they also come with a hint of “easier said than done”. While setting rules in place may be fairly simple, maintaining them day in and day out is an entirely separate challenge. Below, we’ve outlined a few of the most effective ways we’ve seen managers and other leaders within a company effectively promote their corporation’s values on a day-to-day basis.

The Benefits of a Positive Culture

The benefits of developing a positive corporate culture are endless, but here are a few of the most immediately recognizable:

Investing in Company Culture is Worth Your Effort

Developing a positive corporate culture does not happen by accident. It takes effort and planning to develop a culture that is positive and supportive. As outlined by the steps and benefits above, though – it’s worth it’s weight in gold. A company is only as good as it’s employees, and if it wants to attract and maintain top talent, it must cultivate an environment as such. Employees are the heartbeat of a company, and corporate culture is what keeps them content and motivated day in and day out. As a whole, especially with the Great Resignation looming around the corner, it tends to be a non-negotiable to bring in top-tier talent.

This article (“Article”) is a service made available Priority Staffing Group, Ltd, its partners, affiliates or subsidiaries (“Provider”). This Article provides general information related to the law and is designed to help users safely cope with their own legal needs. This Article does not provide legal advice and Provider is not a law firm. None of our content writers are lawyers and they also do not provide legal advice. Although we go to great lengths to make sure our information is accurate and useful, we recommend you consult a lawyer if you want legal advice. No attorney-client or confidential relationship exists or will be formed between you and Provider or any of our representatives.